The exact history of the dart is unknown. The first table according to historical records were most likely made in the simplest way, i.e. from a tree trunk cut crosswise or from the bottoms of wine barrels.

It is not fully known what initiated the idea for this game and therefore there are various speculations. The most likely theory is that the knights, in the breaks between battles, came up with the idea of throwing arrows at a wooden target ...

One way or another, Darts have become one of the most famous games in the world, especially the attraction of city clubs where tournaments are often held. Played within the league at various levels, from local and national to world-class ones with gigantic prize pools.

Over the years, Dart boards have changed their appearance, while the modern version of the field numbering board, which can be considered the most official, was introduced by Brian Gamlin in 1896. In addition to the system itself, there are many different variants of the tables, however the current numbering is optimal and therefore alternative versions of the tables are not very popular.

It is worth mentioning that the oldest existing dart organization is the British Darts Organization (BDO) founded in 1973. The games organized by this organization are often broadcast on the BBC in Great Britain, while in 1994 the Professional Darts Corporation (PDC) was founded. Tournaments organized by the PDC often offer higher cash prizes, and are also honored with the presence of the most titled dart player in the history of Phil Taylor (14 times the World Championship).

There are many local and provincial organizations operating in Poland. 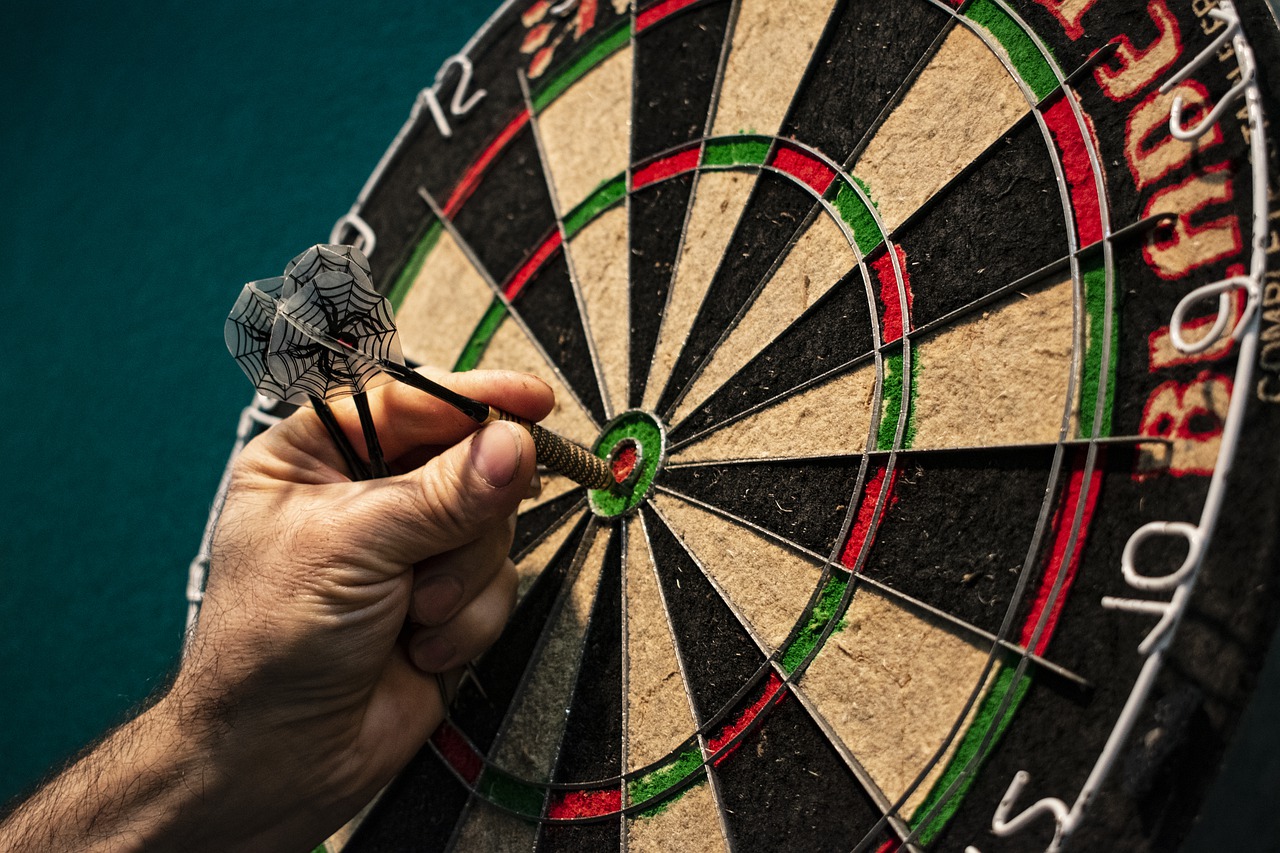 At Axe Mate Club, from the very beginning, we offer 11 professional Dart tracks. Our offer is addressed not only to recreational customers, but also to those interested in city league games, or even provincial and national tournaments. We hope that the participants, in addition to entertainment and sports competition, will fight for cash prizes in individual tournaments.